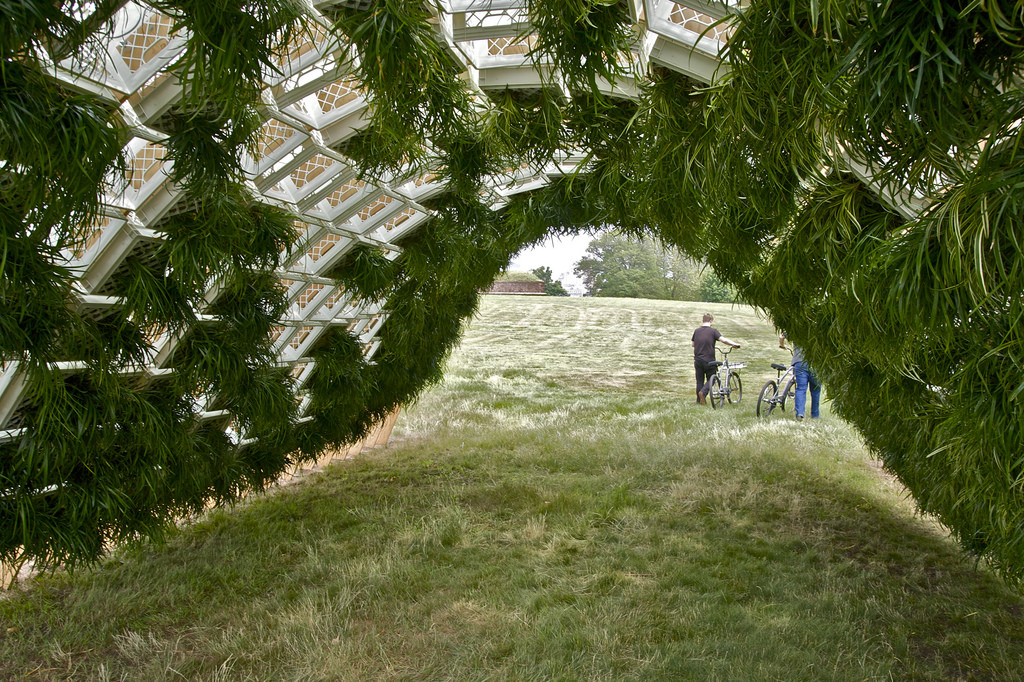 The winner of the City of Dreams Pavilion Competition 2010, the sustainable design of Ann Ha and Behrang Behin’s Living Pavilion, has been installed on Governors Island for the summer 2010 season as a temporary central gathering and assembly point for arts activity on the island.

The competition sponsors (FIGMENT, The Emerging New York Architects Committee of the American Institute of Architects New York Chapter (ENYA), and the Structural Engineers Association of New York (SEAoNY)) worked with the winning team to have the Living Pavilion on Governors Island for the summer season.

Please make a tax-deductible donation to help us maintain the Living Pavilion throughout the summer!

Ann Ha and Behrang Behin of Living Pavilion imagine a future in which nature is brought back into the city – not replacing its dense vitality, but adding some ‘green’ to the mix. Technologies such as green roofs and green walls will reduce heat-island effect and mitigate storm water runoff. Urban farms will provide nutritious locally grown produce to urban dwellers while making them more aware of where their food comes from. These developments will not only have a positive impact on the city’s environmental footprint, but will also enrich the lives of New Yorkers: they will add a new dimension to the urban experience, making possible new forms of spatial and architectural expression. 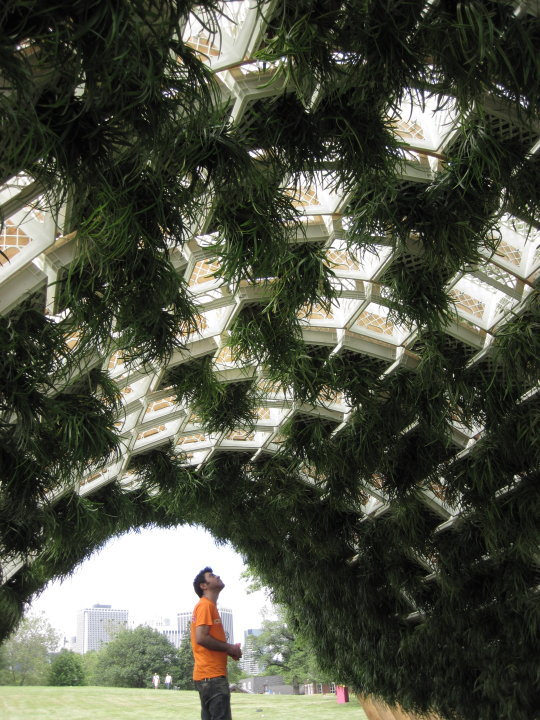 Living Pavilion is a low-tech, low-impact installation that employs milk crates as the framework for growing planted surface similar to a green wall. Living Pavilion aspires to create a synthesis of form, structure, light and life. The pavilion’s surface is planted with hanging shade-tolerant plants that will provide an environment maintained at a cooler temperature because of evapotranspiration from the plants. At the end of the season, the pavilion’s modular design will allow easy disassembly and distribution of the planted milk crates to the New York area for use in homes, public places, and community gardens.

Behrang Behin is trained as an engineer and architect, and takes an interdisciplinary, synthetic approach to design. He received a Master in Architecture with Distinction from the Harvard Graduate School of Design in 2008, after which he continued as an Aga Khan Fellow to study the intersection of technology, architecture, and sustainable urbanism. He has worked on international projects at several U.S. design firms, including Office dA, Hashim Sarkis A.L.U.D., REX, and currently Ennead Architects. Behrang also holds an M.S. in Electrical Engineering from U.C. Berkeley and a B.S. in Applied Physics from Yale. 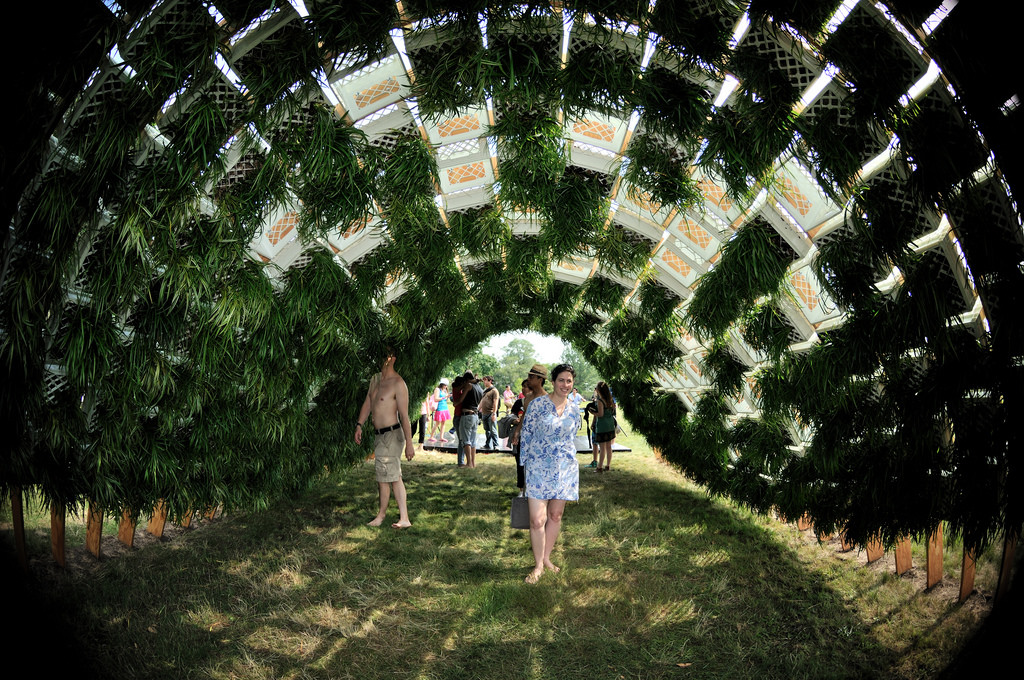 FIGMENT joined forces with The Emerging New York Architects Committee of the American Institute of Architects New York Chapter (ENYA) and the Structural Engineers Association of New York (SEAoNY) to co-host a competition to design and install an architectural pavilion for the 2010 summer season on Governors Island. The City of Dreams Pavilion is to be a temporary gathering place for people to meet, learn about the arts programs on the island, enjoy a planned or impromptu performance or lecture, and experience the interaction of art and the historic context of Governors Island.

Instead of a typical design competition, the City of Dreams Pavilion asked entrants to consider how they would design this temporary installation in the most efficient and sustainable way possible. In the end, the goal was to create a pavilion that has net zero impact and that serves as a prototype for a new, truly sustainable, way of thinking about design and construction.