This year we selected two incredible Architectural Pavilions to be installed on Governors Island. Billion Oyster Pavilion by BanG studio of New York City and Organic Growth by Izaskun Chinchilla Architects of Madrid and London. Both projects have recently launch Kickstarter campaigns to fund the creation of their pavilions. Click here to see both campaigns and to learn how to get involved. 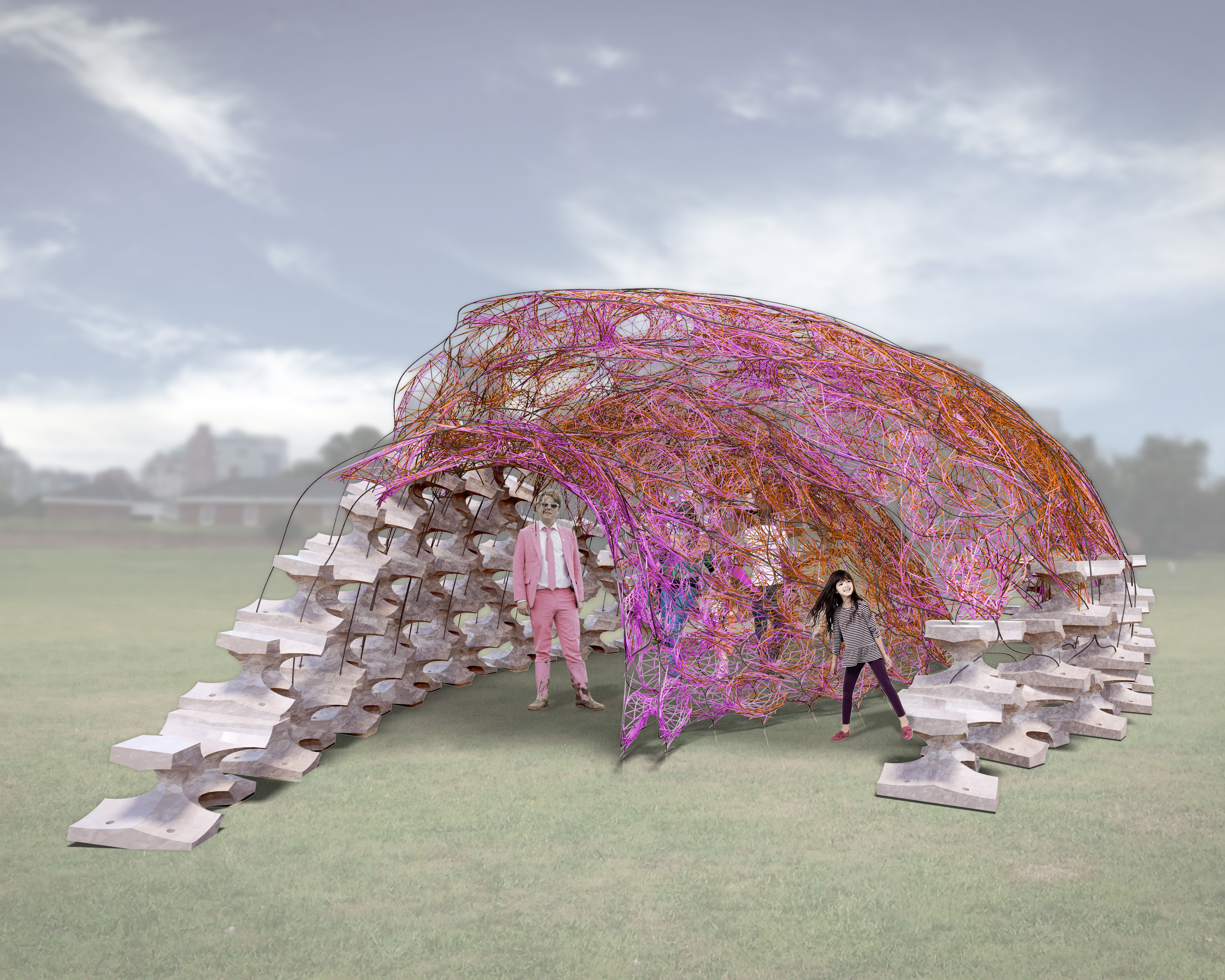 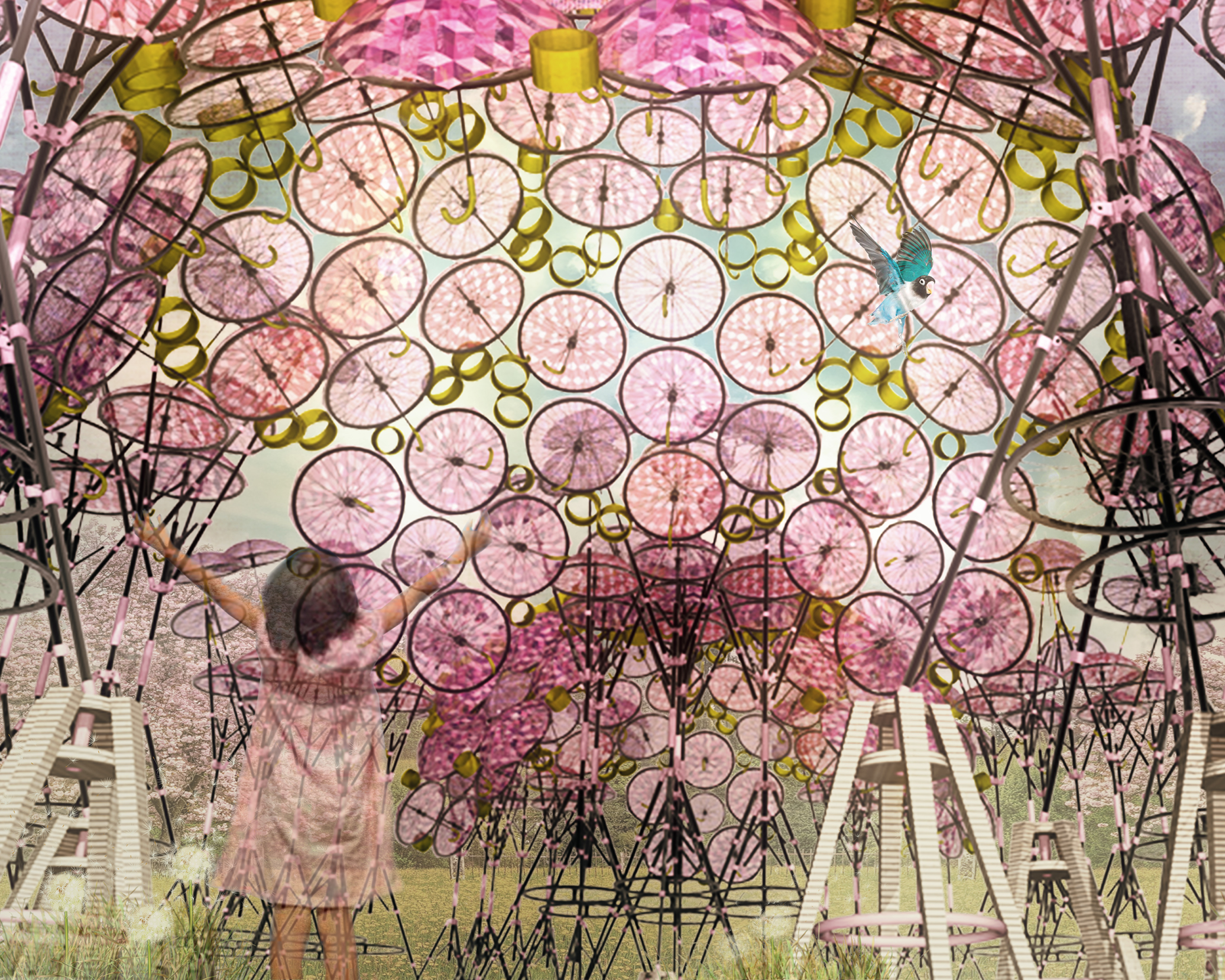 BanG’s proposal for the Billion Oyster Pavilion joins two of Governors Island’s most exciting enterprises: FIGMENT/ENYA/SEAoNY’s City of Dreams Pavilion and The New York Harbor School’s Billion Oyster Project. The materials that form the woven canopy (steel rebar, nylon rope, and hose clamps) are used in their harbor restoration work. The base of the pavilion is comprised of custom-cast “Reef Balls,” a restoration device that the school will also use as part of their habitat creation effort. The pavilion will be donated to the Harbor School and its materials will be completely re-used on the island once the summer ends and the pavilion is decommissioned.

Izaskun Chinchilla Architects’ design takes inspiration from nature to create an innovative and flexible solution that directly engages with local communities and familiar materials. Flower structures such as those found in hydrangeas have the ability to respond to the natural environment, growing and morphing to remain in balance with nature. Izaskun believes architecture must adopt a similar responsiveness, adapting to uncertain budgets, social change and ecological dynamics naturally, beautifully and intuitively. The proposed design employs commonly found materials, giving them a new life after they have become unfit for their original purpose. The design utilizes broken umbrellas, old stools and damaged bicycle wheels, which several institutions in New York are already recycling. As with mop-head flowers, the pavilion is composed of many smaller elements, all of which can be dismantled and re-used after the summer. Branches composed of several umbrellas and tripods, can be easily reused as sun, wind, and rain protection in outdoor spaces all around the city. Larger elements can be beautiful indoor chandeliers and can be useful for community centers or other public spaces. Izaskun Chinchilla is a Senior Teaching Fellow, Senior Research Associate and Public Engagement Fellow at Bartlett School of Architecture, University College of London.